Francesca Lia Block gives Self Love Magic readers her very own guide to Los Angeles. Francesca is the award-winning author of the Weetzie Bat series and memoir/how-to writing guide The Thorn Necklace: Healing Through Writing and the Creative Process.

LA’s Dangerous Angels propels you through a city of punk rock faeries, mythological creatures and the secret magic found in even the most familiar places. Travel along with author Francesca Lia Block as she introduces you to the best hidden magic in her city. Seen through her eyes, and the eyes of her most well-known and beloved characters, Los Angeles opens before you like a storybook. Canyons, beaches, gardens, museums, restaurants, shops and landmarks where Francesca and her characters have danced and just like LA, this guide has it all.

There’s secret magic you just have to know where to look.

This most magical of Los Angeles museums will transport you to ancient worlds and make you glad you drove up the steep hill among the cypress trees to visit. Reserve parking in advance. 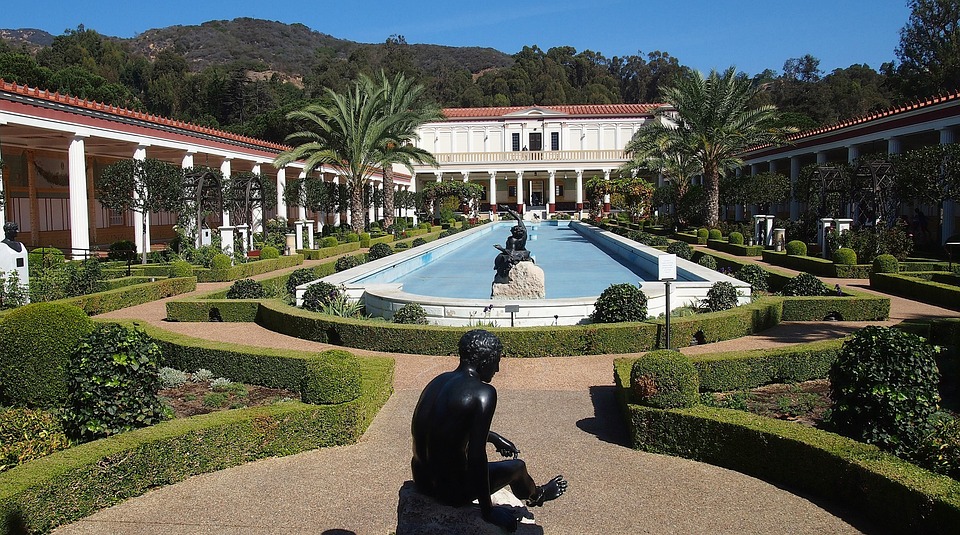 2. The Mimes are Gone but Art Remains 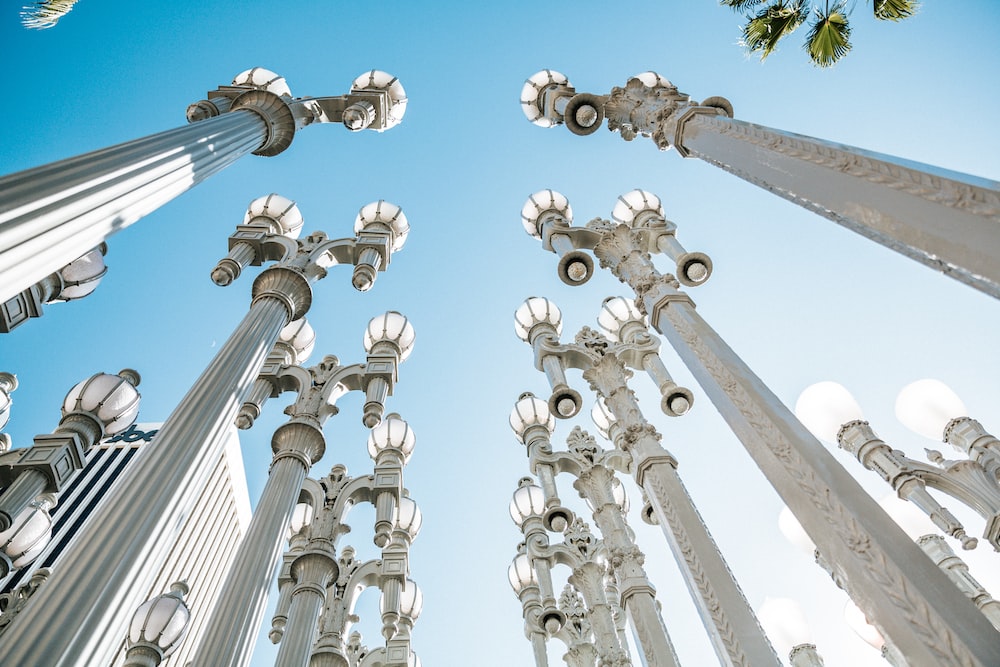 I used to go to the LA County Museum every weekend as a child, when it was much less built up and there were mimes roaming the courtyard (it was the 70s after all!). The mimes are gone and larger, more modern buildings house much more art now.

A very strange collection of lampposts decorates the exterior and you can still have a picnic and roll down the steep, green hills of the park.

Bring the kids to do art workshops on Sundays and check out all the events set up to keep L.A. teens happy and out of trouble.

Always the most touching and disturbing aspect of this museum is the statue of the baby mastodon and his father wailing on the bank of the tar pit as his mother sinks into the black muck. What a wonderful Dangerous Angel detail! They are trapped there forever; it breaks my heart.

The museum itself is full of cool pre-historic remains and reconstructions including a scary braying Mammoth (do Mammoths bray?) and a gift shop that sells fairy-sized glass bottles filled with bits of semi-precious stones like turquoise, rose quartz, peridot and amethyst. 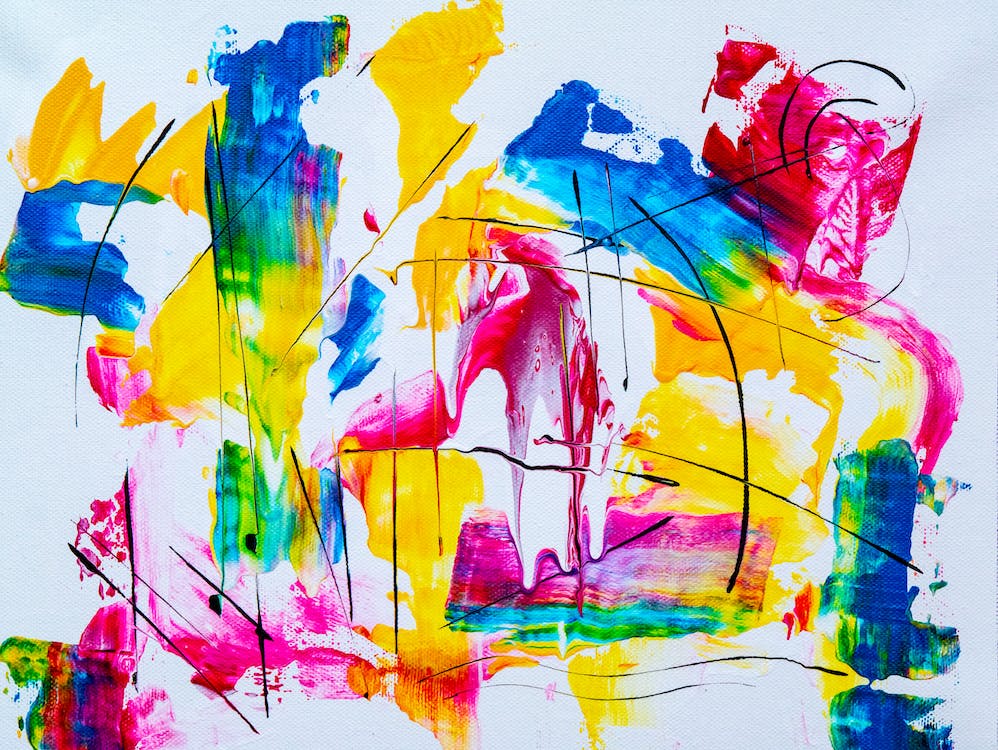 In 1983, I was working on Melrose at Grau, a boutique that sold raggedy “Depression Wear” and clothing made from Japanese antique silk kimonos and Guatemalan cottons. I was always looking for ways to feel and be more bohemian in L.A.

That was when I heard about the opening of the contemporary museum downtown. Finally, Los Angeles, that upstart girl in motley, would have her own collection of modern art!

Built in an old hardware store that had also been used as a warehouse and police car garage (and renovated by Frank Gehry), the “Temporary Contemporary,” as it was called then, brought fine modern art to Downtown L.A. My raggedy girlfriends and I would go there and then to Gorky’s the Russian hipster café—how boho we felt. Gorky’s is gone but change isn’t always bad: L.A. and my friends clean up to look like women when we want to and MOCA has grown into a real museum with three locations to be seriously reckoned with.

I went on a field trip here in sixth grade because we were studying the Renaissance and my fabulous teacher, Mrs. Rosenthal, wanted us to see the Michelangelo reproductions that crown the hillside.

Although they look a little cheap and kitschy, there is something delightful about all those super fake great works of art glamorizing the green hills of Glendale beneath a smog-hazed sky. And a reproduction is better than nothing.

Plus, I can’t help it — I think that mausoleums are secretly sexy, especially when you are there with the right Werewolf or Centaur! But if you get caught being naughty here, don’t say I suggested it! 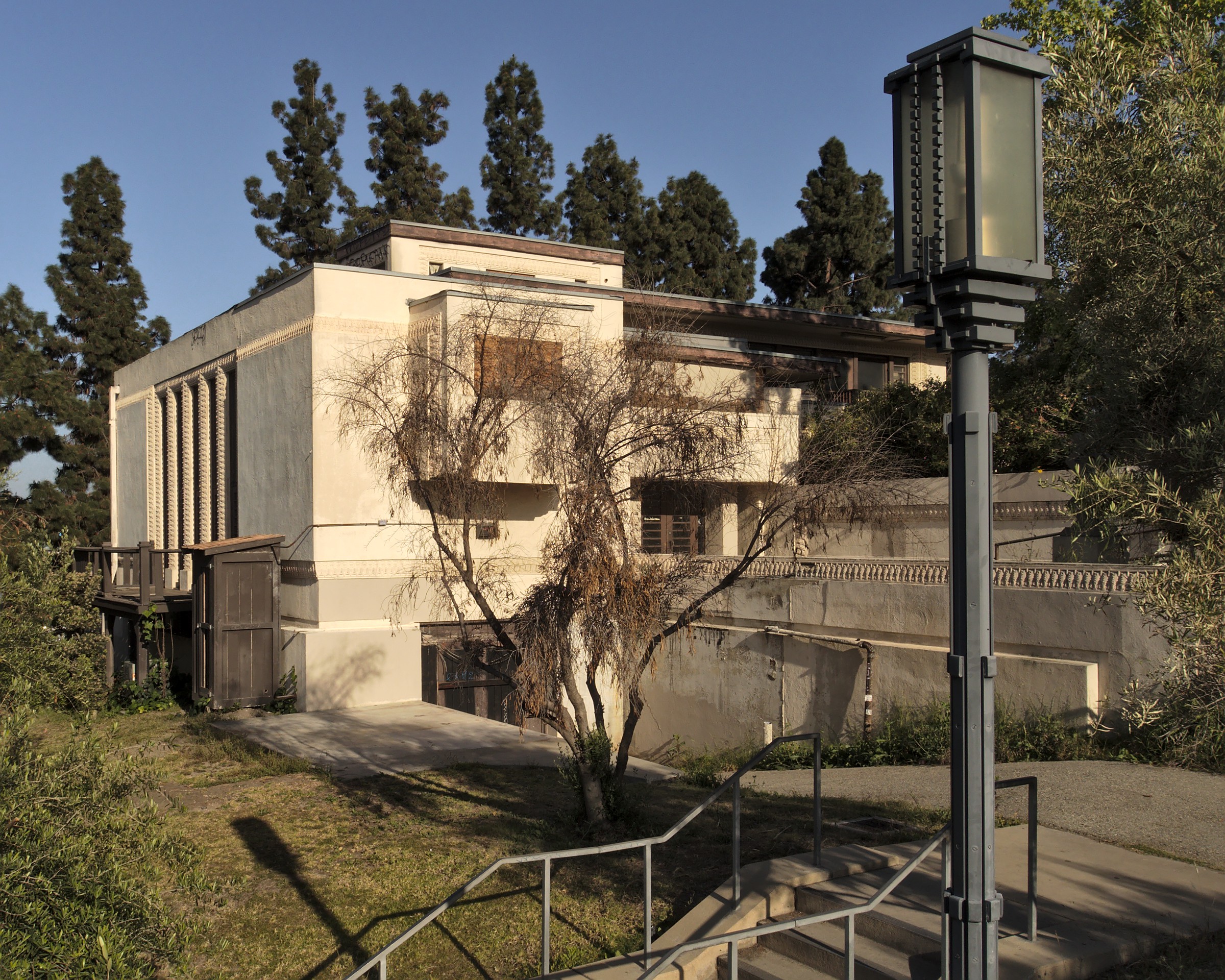 This park, gallery and community gathering spot was a big part of my childhood. I took art classes here for years, dipping my fingers happily into glue, paint and glitter.

Now I visit it in the summer when the Los Angeles Shakespeare Company performs on an outdoor stage among jacaranda trees and the distracting sounds of sirens from the city below.

Bring a picnic and enjoy plays like A Midsummer Night’s Dream or The Tempest as evening descends and the portals to the other worlds are opened so that even the sirens become part of the magic.

When the plays aren’t being performed you can come to visit Frank Lloyd Wright’s Hollyhock House, built for Aline Barnsdall between 1919 and 1921 in what he called the “California Romanza” style (“freedom to make one’s own form”).

Aline was an heiress, bohemian and single mother, way ahead of her time, who supported experimental theater and the arts. Her spirit can be felt over every inch of this park. 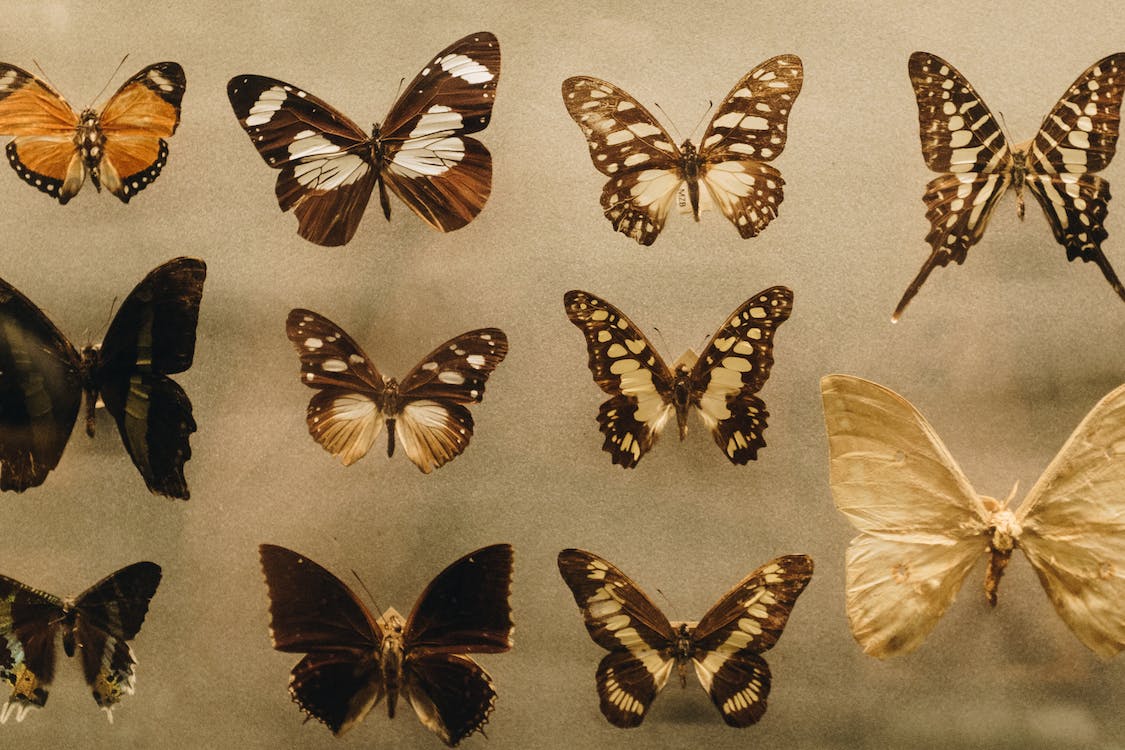 The huge dinosaur reconstructions in the main hall will impress the child in you but what amazes me most about the Natural History Museum are the long dark rooms filled with glassed-in, life-sized dioramas of wild animals.

Granted taxidermy has been used and it is more than a little disturbing to witness all those glass eyes in dead, stuffed bodies, but I can’t help feeling awestruck at the simulated landscapes of prairies, oceans and deserts, where formidable beasts are frozen in time.

I always especially freak out over the sea lions.

I’m not sure if I was a Selkie in another life or what but when I look at those beautiful creatures I get chills and the hair stands up on the back of my neck.

Along Venice Boulevard you might spy a strange little building that houses one of the oddest museums in LA.

Is it a real museum or a joke? A philosophical experiment or someone’s actual collection?

You can find everything from a human horn taken off the back of a woman’s head to a micro miniature sculpture on the stone of an almond that depicts a Flemish landscape on the front and a crucifixion on the back—all within the space of 13x11mm. 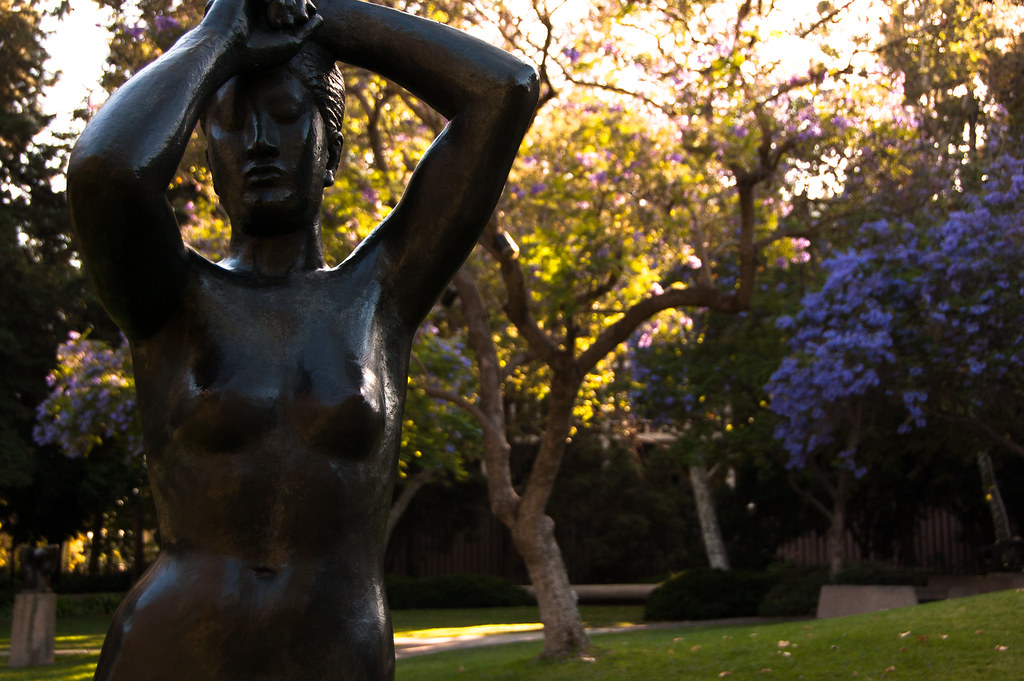 Among the purple clouds of the jacaranda trees on the green stills stand an assortment of bronze and steel statues by masters like Auguste Rodin, Henri Moore and Isamu Noguchi.

When I attended UCLA in the 80s for one year, I felt very lonely. I wandered around with my bleached hair and boy’s pink and black suede Doc Martin brothel creepers, trying to find a place to fit in.

Sometimes, the company of these statues was the best I could find.

Rodin’s in particular are always comforting to me—they remind me of a trip to the Musee Rodin in Paris when I was fourteen. (I still dream of Rodin’s home/studio with its light-filled rooms displaying his mythically powerful work.)

The UCLA campus is definitely not Paris. But it is full of its own wonders. And this garden is one of the best.

The La Luz de Jesus gallery on Sunset, AKA Wacko or Soap Plant is a vintage souvenir/book/toy store and art gallery for established and emerging artists.

I used to frequent the upstairs gallery at the Melrose location with Ping and the coolest of L.A. 80s artists.

Down the street is Solutions, famous because Elliott Smith used to rent his sound equipment there. Visit the “Elliott wall” where fans pay their respects with messages and lyrics.

Can you believe they want to shut this down? Say no! Sign a petition!

Just a few highlights to look for in this distinguished and precious library include the atrium lanterns with upside down human profile design, a pair of sphinxes, a golden hand, a blue glass globe chandelier and the Lotus Shaft Fountain depicting scenes from Alice in Wonderland, Robin Hood, Arabian Knights, Ali Baba, King Arthur and Mother Goose.

12. Birthplace of the False Eyelash

Max Factor, makeup artist to stars such as Jean Harlow and Bette Davis, and the inventor of pancake makeup, lip gloss and false eyelashes (God bless him), worked his magic in a marble art deco style beauty salon decorated with potted palms and pastel furnishings.

Later it became the Max Factor Museum and is now the Hollywood Museum with four floors of Hollywood memorabilia including a whole room dedicated to Marilyn Monroe.

My favorite part, besides the Marilyn shrine, is still the first floor with its small rooms dedicated to blondes (the blue one), red-heads (mint green), brunettes (dusty rose), and brownettes (peach), respectively.

The grumpy redhead at the front desk classified my friends as blonde and brunette and told me I wasn’t anything!

Oh well. I still enjoyed the cases full of original makeup compacts, the autographed photos of stars and their wigs (including Marlene Dietrich’s dusted with 20K gold). 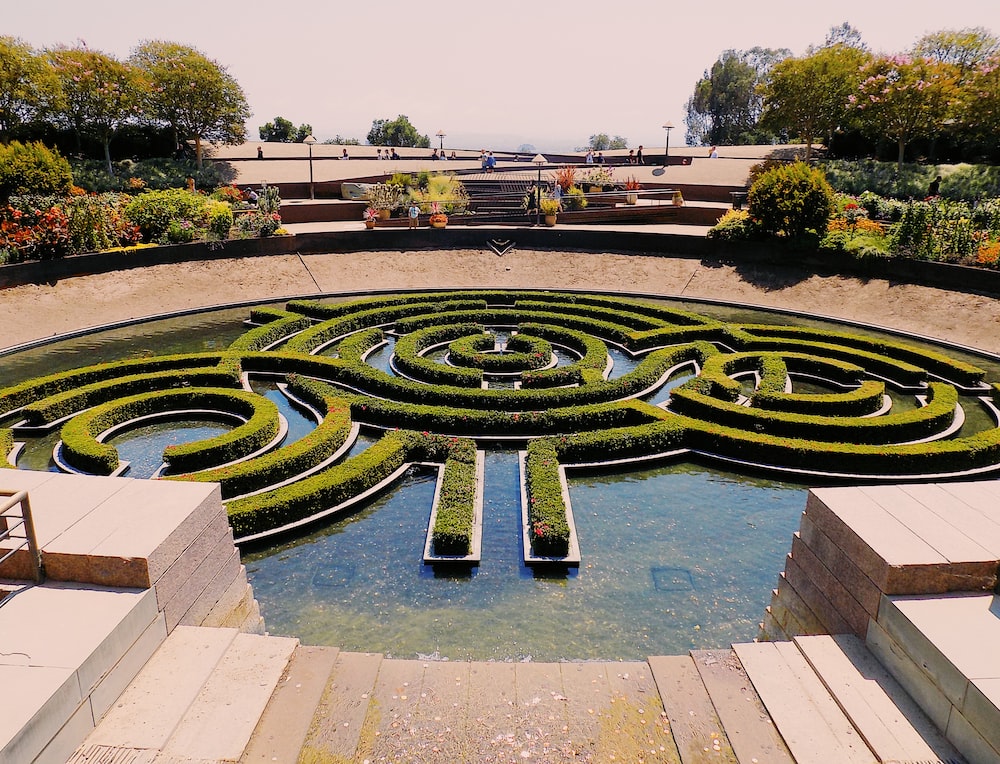 I was so sad when they closed the Getty Villa that I was a bit prejudiced against the Getty Center. Now that the villa has re-opened I appreciate this vast sprawling complex above the 405 freeway.

Not only is it filled with wonderful works of art like Van Gogh’s “Iris” (“The more I think about it, the more I realize there is nothing more artistic than to love others”), but you can also stroll among beautiful garden areas like the circular Central Garden with its bougainvillea arbors, stone waterfall, azalea pool and flourishes of floribunda roses, princess flowers, heliotrope, golden angels’ trumpets and purple wings.

How’s that for a Los Angeles garden?

For more information on upcoming writing workshops with Francesca Lia Block, email her directly here or follow her at @francescaliablock.

Stay tuned for more of the Dangerous Angels guide (from entertainment to food, Francesca covers the must-see sights of Los Angeles.)

Love Yourself This 420 With These Cannabis-Infused Self-Care Ideas

Hula Hooping: A Story of Self-Love

A healing hub of self-love enthusiasts made up of industry leaders, authors, life coaches, and witches, who created Self Love Magic just for you. It's time we come together. Join us.

0
The author, Courtney Loechl, is a Make Shit Happen coach, hostel management consultant, and avid world traveler. With a focus on...
Read more

0
The Empress Major Arcana – Card #3 The Empress is one of the most powerful and resonant cards in the Major Arcana, often interpreted as the...
Read more

We are always evaluating submissions, so if you would like to write for us, please let us know. If you are a brand that is interested in being featured or partnering with us, contact us for more details. For a marketing consultation and rates, email our marketing team.

Stevie Rose - March 28, 2022
0
Money only amplifies the type of person you already are.
Go to mobile version